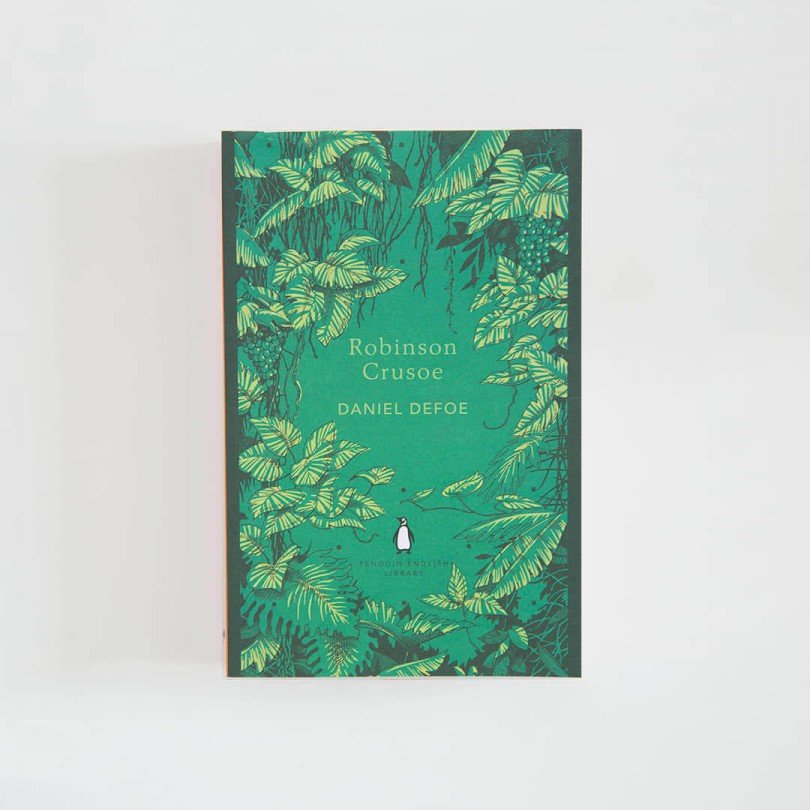 I walk'd about on the shore, lifting up my hands, and my whole being, as I may say, wrapt up in the contemplation of my deliverance ... reflecting upon all my comrades that were drown'd, and that there should not be one soul sav'd but my self...

Who has not dreamed of life on an exotic isle, far away from civilization? Here is the novel which has inspired countless imitations by lesser writers, none of which equal the power and originality of Defoe's famous book. Robinson Crusoe, set ashore on an island after a terrible storm at sea, is forced to make do with only a knife, some tobacco, and a pipe. He learns how to build a canoe, make bread, and endure endless solitude. That is, until, twenty-four years later, when he confronts another human being. First published in 1719, Robinson Crusoe has been praised by such writers as James Joyce, Virginia Woolf, and Samuel Johnson as one of the greatest novels in the English language.

This book is part of the Penguin English Library, a collection of 100 of the best classics of English Literature, all with elegant, eye-catching cover art.