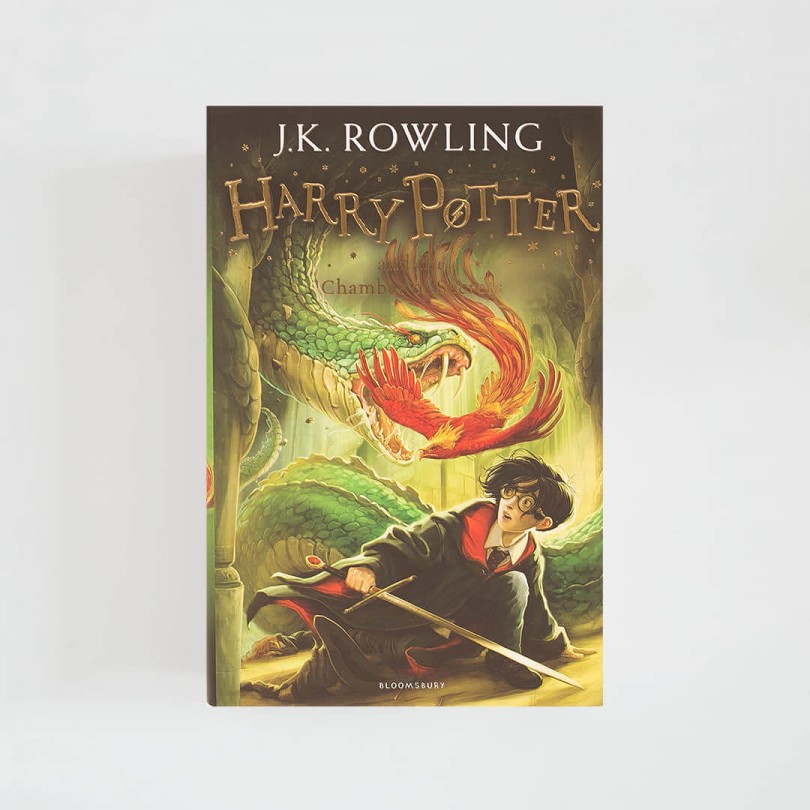 Harry Potter and the Chamber of Secrets · J.K. Rowling (Bloomsbury)

Harry Potter's summer has included the worst birthday ever, doomy warnings from a house-elf called Dobby, and rescue from the Dursleys by his friend Ron Weasley in a magical flying car! Back at Hogwarts School of Witchcraft and Wizardry for his second year, Harry hears strange whispers echo through empty corridors – and then the attacks start. Students are found as though turned to stone… Dobby's sinister predictions seem to be coming true.

These new editions of the classic and internationally bestselling, multi-award-winning series feature instantly pick-up-able new jackets by Jonny Duddle, with huge child appeal, to bring Harry Potter to the next generation of readers. It's time to pass the magic on.